In the article the modern views on the causes of premature loss of teeth. Background due to increased prevalence of premature tooth loss among both older and younger age and the need for replacement of defects of dentition in this group of people. Results and discussion. Analyzed the most common cause of premature loss of teeth is periodontal pathology, including generalized periodontitis. Reviewed by that under the influence plastinochnyh dentures observed changes in the oral mucosa due to constant mechanical injury, exposure to wide temperature spektre and irritating substances that damage tissue. These various schemes pathogenesis changes of the oral mucosa in conditions of influence removable structures. Found most often to early tooth loss resulting disease periodontal tissues that have arisen against the background of the pathology of the endocrine, cardiovascular, digestive and other systems. More than 60% of patients requiring prosthetics Removable prosthetics. The study of the causes and mechanisms of inflammatory and degenerative diseases of the periodontal tissues has many decades. Were established theory of the pathogenesis of these diseases. Yet the greatest relevance has acquired the role of vascular disorders. Vascular theory of pathogenesis of generalized periodontitis was justified at the end of the 20th century. He spent histological studies have shown the presence of sclerotic changes in periodontal vessels. The emergence and development of the degenerative process in periodontal, including its vascular apparatus, the author explained the local manifestations of atherosclerosis. Vessels periodontal patients with generalized periodontitis and experimental conditions undergo the same changes as in the case of other atherosclerosis. The above opinion was confirmed in a number of experimental and morphological studies. In patients with atherosclerotic vascular system observed increase in periodontal lesions. The degree of vascular changes correlated with the severity of periodontal pathological process. First, there is an infringement of redox processes in periodontal capillary walls, changing their metabolism, and with progression of morphological changes occur and periodontal vessels of varying severity. According to many conducted numerous studies, the earliest changes observed in generalized periodontitis in the microvasculature in the dynamics of the disease. Specifically become dominant breach capillary permeability, which further define the clinical symptoms of the disease. Rough sclerotic changes occur mainly in the final stages of generalized periodontitis. Conclusion. Thus, the study of GIS functional features of the oral mucosa and the conditions of exposure plastinochnyh dentures is of great relevance, theoretical and clinical significance, is timely and appropriate. 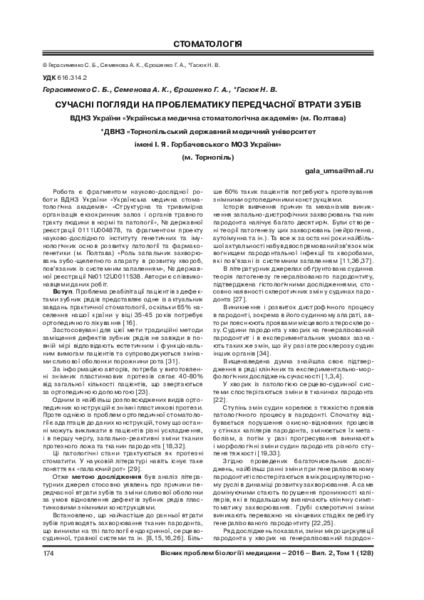