Bulletin of problems biology and medicine / Issue 1 Part 1 (142), 2018 / MORBID OBESITY AS MEDICAL AND SOCIAL PROBLEM AND WAYS OF ITS SOLUTIONS
Kryvopustov M. S.

In the world according to WHO (October 2017) 39% of adults aged 18 years and over were overweight in 2016, and 13% were obese. According to the Global Health Observatory (2017) 58.4% of the population (61.4% of men and 55.5% of women) have overweight in Ukraine, obesity is 24.1% of the population (22% of men and 25.7% of women). The International Federation of Surgery for Obesity and Metabolic Diseases (IFSO) pays special attention to the problem of morbid obesity (MO), in view of the known risks to the patient’s health, that is, obesity with a BMI > 40 kg/m2, separately underlining the superobesity (BMI > 50 kg/m 2 ). As you know, obesity is the cause of increased morbidity, disability, mortality and low quality of life (evidence level 1 according to the Scottish Intercollegiate Guidelines Network, 2010). The causes of obesity are multifactorial, therefore solution of this problem should be multidisciplinary. At the same time the modification of the lifestyle, diet, physical activity, behavioral counseling, etc. are considered. Insufficient effectiveness of conservative methods of treatment of obesity necessitated the introduction of bariatric operations into clinical practice. The AACE / TOS / ASMBS Guidelines 2013 emphasizes that indications for bariatric interventions are a BMI ≥ 40 kg/m 2 without comorbid medical problems, a BMI ≥35 kg/m 2 with one or more severe, obesity-associated comorbidities. In 2015 the 2nd Diabetes Surgery Summit (DSS-II) was held, where many recommendations for bariatric surgery were adopted in patients with type 2 diabetes based on evidence-based medicine. An algorithm for treating patients with MO and type 2 diabetes mellitus has been developed. Bariatric interventions are divided into restrictive, based on the principle of reducing the volume of the stomach; shunting, which is based on the exclusion from digestion of a significant portion of the small intestine; combined, combining both components. Laparoscopic technique should be considered as a method of choice in modern bariatric surgery. Currently, laparoscopic gastric bypass “Roux-en-Y Gastric Bypass” (RYGB) is recognized by the American Society for Metabolic and Bariatric Surgery as the “gold standard” in the surgery of morbid obesity. However, there is a problem of surgical and anesthesiologic risk in patients with morbid obesity, especially in the case of superobesity (IMT> 50 kg/m 2 ). A suitable strategy is the use of an intragastric balloon (IGB) to reduce this risk and prepare the patient for a bariatric surgery. Thus, the presence of morbid obesity according to modern standards is a direct indication for bariatric surgical interventions. 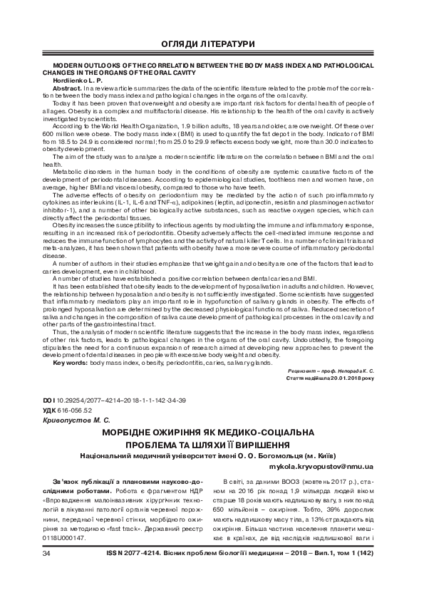