In modern conditions, there is a steady increase in many gynecological diseases. Intrauterine pathology (IUI), including uterine fibroids, hyperplastic processes in the endometrium, pathology of the cervical canal, intrauterine synechiae, remains an urgent problem of gynecological diseases due to the high prevalence-in 5-32% of women of reproductive age, including patients who used assisted reproductive technologies. Hyperplastic processes in the endometrium are the subject of study by many specialists: gynecologists, oncologists, endocrinologists, morphologists, which is primarily due to the risk of developing endometrial cancer against their background. The increase in the incidence, according to various authors, is observed in the age groups from 40 to 49 years and from 50 to 59 years, although it is often found at the age of 35 years and can be a cause of infertility. Endometrial polyps (PE) occupy the first place among intrauterine pathology in elderly patients (39.2–69.3%). In most cases, they are a diagnostic finding during ultrasound examination of the pelvic organs and are asymptomatic, but at the same time they predominate among the causes of uterine bleeding in postmenopause. PE is known to be a common finding with a frequency of 16 to 54% in postmenopausal women with bleeding. The results of numerous studies give reason to consider this pathology as a special and heterogeneous group in patho-and morphogenetic terms.Endometrial polyps arise from monoclonal growths of genetically damaged endometrial stromal cells, with secondary involvement of polyclonal benign glands through stromal-epithelial relationships that have not yet been fully studied. The modern theory of PE pathogenesis is based on the mechanisms of estrogenic stimulation of the endometrium. The main regulatory hormones in the endometrium are estrogen and progesterone, which can act directly by interacting with the corresponding receptors, or indirectly through growth factors and their regulators. There are known stimulators and blockers of these processes, which are integral and complexly coordinated in different phases of the menstrual cycle with the participation of autocrine and paracrine mechanisms. One of the proofs of the theory of estrogenic stimulation is the fact that girls do not have PE before menarche, others – the detection of sex hormone receptors in them, as well as a clearly established relationship between the use of drugs that affect steroid receptors (tamoxifen, hormone replacement therapy) and the frequency of detection of PE. Studies of polyps in patients of reproductive age have shown that, in contrast to the glandular component of polyps, the stromal component contains less progesterone (PR) than estrogen (ER). It is believed that this makes the polyps insensitive to cyclic hormonal changes and prevents the decidualization of the polyp stroma with subsequent menstrual rejection. Unlike benign endometrial tumors, cervical polyps always have a long leg, which is due to the features of the location in an elongated narrow “tunnel” of the cervical canal. When using color Doppler mapping, there is vascularization of the polyp tissue, but more often vessels are detected in the pedicle, which does not significantly affect the overall vascularization of the neck. Conclusions. The most optimal period for simultaneous visualization of endometrial and cervical canal polyps in patients of reproductive age during routine transvaginal echography is the end of the proliferative phase of the menstrual cycle. 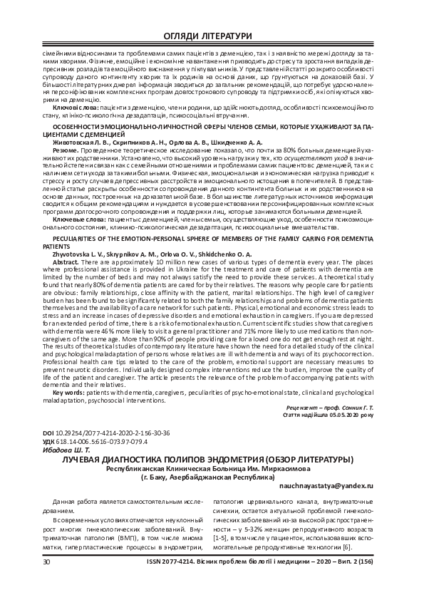