CHLAMYDIAL INFECTION IN CHILDREN: THE CURRENT STATE OF THE PROBLEM 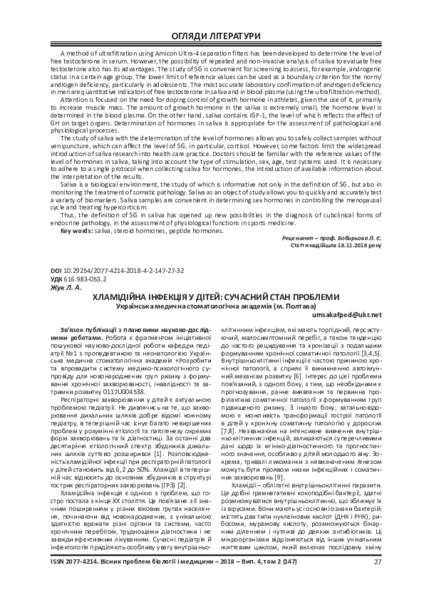