As a result of the scientific and theoretical analysis of literature sources, the state of studies concerning the structural organization of the human spinal cord is highlighted. Issues of discussion have been set up, which require in-depth comprehensive research and refinement. In particular, the gray matter of the spinal cord is not built on a segmental principle and is represented by a solid neuromuscular mass that forms the anterior, intermediate and posterior pillars. During the study of the structure of the spinal cord in human and animal embryogenesis, scientists found no signs of the metameric structure of the neural tube during the entire prenatal period of ontogenesis. Previous our own studies also confirm that in the embryonic, or in the fruitful period of human ontogenesis, no segmentation of the gray or white matter was observed either on the horizontal or on the longitudinal sections. Confirmation of this can be the results of embryological studies of the spinal cord of other scientists. So, Hamilton W.J. and all. (1967) and Sadler V. (2001) in guides on human embryology, describing the formation of the mantle or boundary layer of the neural tube do not indicate their division into separate segments. On the contrary, the authors report that in the spinal cord, there are inter segmental bonds, that is, the pulses entering the spinal cord can be localized not only at the level at which the hindquarters enters, but also spread in the cranial or caudal directions, reaching several adjacent segments. Heterogenic of the columns of the spinal cord is observed not only in the rostrum-caudal, but also in the rostrum-dorsal directions, as evidenced by the topography and cellular composition of various parts of the gray matter. According to the recommendation of Rexed B. (1952), the gray substance of the spinal cord is divided into paired structures – ten spinal cords (I-X), which differ in the structure of their complex cells and in bonds. In general, it should be noted that such a separation of gray matter is also imperfect. In particular, there is no clear boundary between the above-described plates, and some of the plates do not differ in the form of neurons, for example V and VI. Some authors generally point out the absence of VI spinal cord. Until now, there is no single idea about the topography of certain human spinal cord nuclei, as well as the functional load of the neurons that make up them. Over the past decades, neurophysiologists have found that in the gray matter of the spinal cord there are not only sympathetic preganglionic neurons, but also sympathetic interneurons that do not form nuclei. Scientists morphologically define them within the side horns of the dorsal form of preganglionic neurons, as well as within the posterior horns. Thus, in our opinion, taking into account the above, as well as the presence of neuroglia cells located around certain neurons, it is inappropriate to call such clusters of neurons “nuclei” or to divide the gray matter into the spinal cord. In connection with this, further study and refinement of the cytoarchitectonics of the spinal cord, not only of an adult, but also during the prenatal period of ontogenesis, is required. 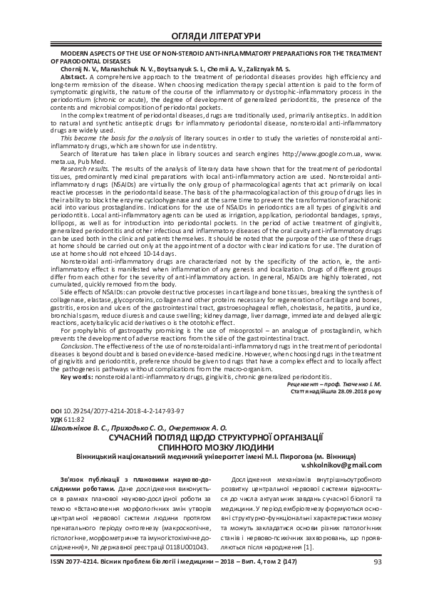