Injuries are ranked 3rd in the structure of the population mortality. Over the past 15 years, mortality from injury came in second place, ahead of cancer. Traumatic brain injury is the most common damage types and ranges from 36 to 40 % of all injuries. According to the World Health Organization, the incidence of traumatic brain injury each year increased by 2 %. Traumatic brain injury most frequently affected people of working age (20 to 50 years), i. e. most active segment of the population. Mortality in traumatic brain injury is 5-10 % and in the most severe forms reaches 41-85 %. Results of research. Set the clinical features and diagnosis of heavy head injuries. Analyzed the medical records of patients admitted to the neurosurgery department of the regional hospital Mechnikov Dnepropetrovsk, with severe head injuries mainly after car accidents. In unconscious patients a full examination difficult. Leading value gain symptoms to identify which contact with the patient is not required. On examination, define the external signs of traumatic brain injury: scrapes, bruises, wounds and other damage to the soft tissues of the head, depressed skull fractures, swelling and bleeding around the eyes, bleeding and cerebrospinal fluid outflowing from the ears, nose, mouth. With our study, patients in 100 cases had visible defects in the head. Depending on the localization of cerebral trauma or facial part of the skull supposed localization of hematoma. After the inspection proceeded to percussion and palpation of the skull. This helped to identify local tenderness (in violation of consciousness manifested mimic reactions and groans of the sick), and set the scope of the election sound deadening. When viewed from the eye determines the symmetry or asymmetry of eye slits, the magnitude and uniformity of the pupils, their reaction to light, the presence or absence of various types of spontaneous nystagmus. At the same time check the reaction to light, its absence is developing mainly on the location of the hematoma. To establish the lesion side also use the following techniques: raise, and then simultaneously lowered both hands or feet – on the side of paralysis limb falls, as a whip, while another either slowly lowered or delayed in the dowry its position; applied injections or tweaks to skin of the hands and feet – “healthy” patient removes limbs, by the same “affected” movement absent or less pronounced. Comparing on painful grimaces and motor responses (in the absence of paralysis) responses to injections of symmetrical points, it is possible to identify approximately the contralateral side of the affected hemisphere violations sensitive sector, despite the lack of verbal contact with the patient. Meningeal symptoms are readily available and checking off consciousness. Since patients admitted in an unconscious state in the first place in the diagnosis of localization of lesions of the brain structures out additional research methods such as X-ray examination of the skull bones, computed tomography, nuclear magnetic resonance. In order to localize symptomatic intracranial hematomas received data always need to compare with a side injury, damage to the area of soft tissues, a place of a skull fracture. Diagnosticis of hematoma in patients unconscious based on the results obtained at: examination (visible damage skull); dynamics of neurological symptoms, and focal cerebral, impaired consciousness and autonomic functions – heart rate, blood pressure, breathing detection pain on palpation and percussion of the skull; the presence of meningeal symptoms; additional methods. X-ray: a fracture of the calvarium, the meningeal vessels crossing the furrows, CT, MRI. 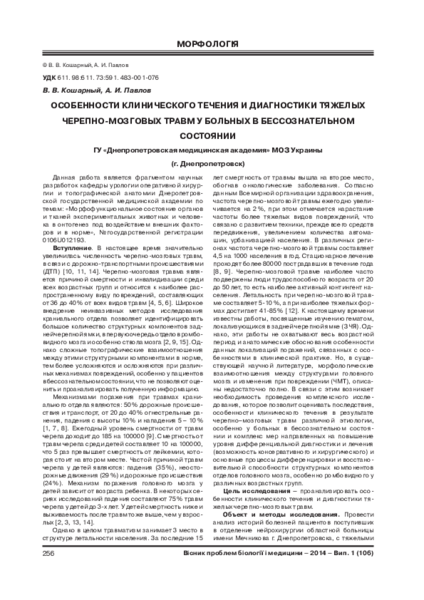