Application of Lamotridzhins in Therapy of Neuropathic Pain Syndromes

The study of efficiency of treatment of neuropathic and neuralgic syndromes became the purpose of the conducted research from application of Epileptal®. For the decision of the put purpose a clinical neurology inspection is conducted 30 patients (17 women, 13 men) by age 35-55 years with chronic pain syndromes, conditioned diabetic polyneuropathy (14 persons), pernicious polyneuropathy (1 person), by post-herpetic neuralgias (8 persons), vertebrogenic radiculopathy (7 persons). Patients were divided into two groups. And a group (basic) was laid down by 15 patients which in a complex with traditional therapy by Epileptal® in the dose of 100 мг 2 times during twenty-four hours period. To ІІ groups entered 15 patients which got base therapy. Base therapy included nonsteroid antiinflammatory preparations, analgetics, vitamin therapy, relaxants, preparations of lipoic acid, antiviral facilities. Conducted clinical-neurologic inspection, general laboratory methods of research, computer tomography, МРТ of backbone, electro-myography all patient. For objectivity the estimations of pain syndrome used: visual analog scale (yOUR), McGіll questionnaire, and scale of intensity of pain syndrome. For determination of neuropathic pain the special questionnaires applied: questionnaire DN4, pain scale of LANSS. After the conducted treatment in both groups of patients marked diminishing of pain syndrome. In obedience to a scale yOUR we looked after diminishing of this index in 2,1 times for patients And group, and in 1,7 times for the patients of ІІ of group. The grade index of pain of McGill became less in 2,2 times for patients, which got Epileptal® and in 1,4 times for patients which treated oneself base preparations. Efficiency of the offered treatment was higher on results the index of pain in 1,5 times as compared to traditional treatment. Patients after treatment of Epileptal® marked diminishing of the burning shooting болей feeling of crawl of ants, increased sensitiveness to the insignificant irritants. For the patients of both groups the amount of bulk-tankers diminished after a scale intensity of pain syndrome, on what a reliable difference specifies between indexes to and after treatment, especially for the patients of basic group. On the indexes of the psychological testing during follow-up period was marked diminishing of the depressed displays, that it is confirmed by the indexes of scale of depression nasty Thing and scales of anxiety. In obedience to the got results we educed that for the patients of basic group the level of depression considerably went down as compared to indexes to treatment and with a group traditionally of treated. A reactive anxiety after treatment in a most measure diminished for the patients of basic group and for certain was less as compared to patients which treated oneself on a traditional chart. Thus, as a result of the conducted treatment and analysis the got results for the increase of efficiency of treatment of patients from neuropathic we recommend a pain syndrome to the chart of traditional treatment to add Epileptal® in the dose of 100 мг 2 times during twenty-four hour period. 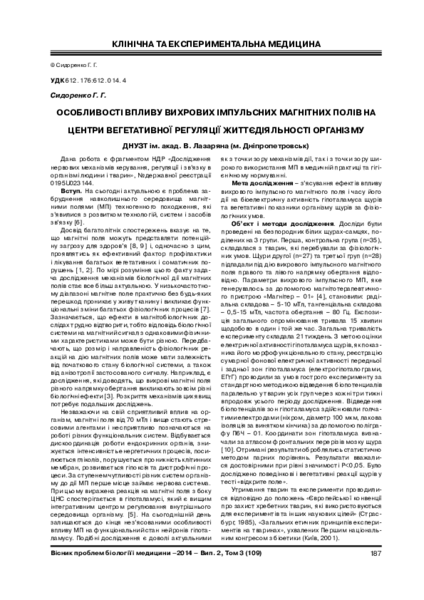