Purpose of the work was to improve the efficiency of prevention and treatment of lesions of dental hard tissues and periodontal disease in schoolchildren permanently residing in areas with a high content of heavy metals in environment. Material and research methods. We have selected 60 people (32 girls and 28 boys) aged 12, who were con-stantly studying and living in areas with high levels of HM in the environment, and were in the same climatic and geo-graphical conditions and were subjected to identical anthropogenic loading. The state of dental health of 12-year old children was studied on the basis of clinical indexes: CPR and PMA. With the aim of approbation of complex of medical and preventive measures, the schoolchildren were divided into 2 groups (each with 30 children). Medical and preventive intervention lasted 1 month and was conducted twice a year (April-October) for the duration of two years. Clinical efficacy of the conducted measures was evaluated in stages after 12 and 24 months by comparing the results to the indicators with the original data, which were obtained the 1st day of observation. Results of the research and their discussion. For the 1st group (test group) the proposed preventive complex was implemented. For the 2nd group (control group), traditional treatment was prescribed to children, it involved the prescription of calcium gluconate 0,5g, 3 times a day for a month twice a year. The scheme of preventive complex in the test group included prescription of «Enterosgel» and «Multi-tabs schoolboy». All the children were subjected to professional hygiene of oral cavity, followed by restoration of defects of dental hard tissues by glassionomer cements. The treatment of 12-year old children with inflammation of peri-odontal tissues involved: regular professional hygiene of oral cavity; antiseptic treatment of oral cavity with 0,05% chlorhexidine solution (dilution 1:3) for 5-7 days; and application of chlorophyllipt solution (dilution 1:10). The results of clinical inspection of children showed that the index of intensity of permanent teeth in schoolchil-dren of both groups was high before the implementation of preventive measures at 6,27 ± 0,44 and 6,70 ± 0,55, p > 0,05. After two years, the CPR in the test group was 6,83 ± 0,48, that is 1,2 times less than in the control group (7,90 ±0,58). During two years the growth in caries of permanent teeth of the test group children was 0,56 teeth, which was 2,1 times lower than in the control group (1,20 teeth). Reduction in dental caries of permanent teeth in 14-year-old children of the test group was 46,67% and the reduction of caries increased by 53,33%. We established the changes in clinical indexes of periodontal tissues in teenagers in the dynamics of complex of the health care measures. The intensity of catarrhal gingivitis in children of the test group decreased by 35,29% in comparison with primary inspection data, and the intensity of inflammation in gums at 68,10%. The growth of prevalence and intensity of these pathologies in children in the control group were 20% and 15,65% respectively, compared to the original data. If at primary inspection the indexes of the infestation in the periodontal tissues of both groups of children significantly differed from each other, then after 24 months the numerical values of the intensity and prevalence of the catarrhal gingivitis in children of the control group were found to exceed the same indices in pupils of in the test group by 4 times (p < 0,05) and 1,6 times respectively. Conclusions. The isolated results of the research indicate the feasibility of “Enterosgel” and “Multi-tabs school-boy” in prevention and treatment of lesions of the hard tissues of teeth and periodontal tissues in children living in areas with a high content of heavy metals in the environment. Implementation of preventive measures in pu-pils of the test group decreased the growth of permanent teeth caries and decreased manifestations of catarrhal phenomena in the mucosa membrane of the gums. High indexes of reduction of incidence of caries indicate the efficacy of the proposed method in their prevention. The clinical picture in the control group children was compli-cated, as indicated by increase in the value of investigated parameters during the entire observation period. The proposed complex of treatment and preventive measures contributed to the improvement of dental health indexes in schoolchildren living in relatively contaminated areas. 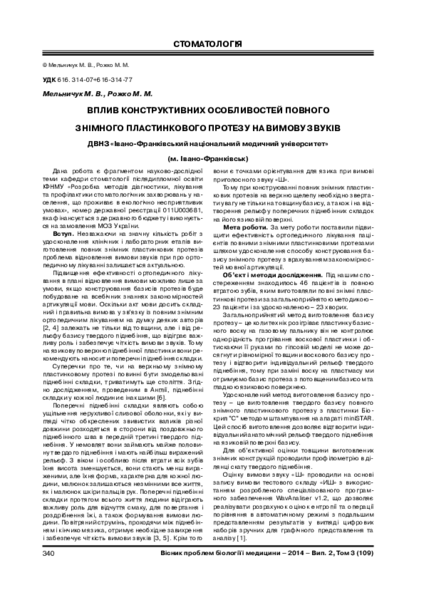