Cardiovascular Risk and Non-Psychotic Violations of Mental Health: the Medical and Psychological Content 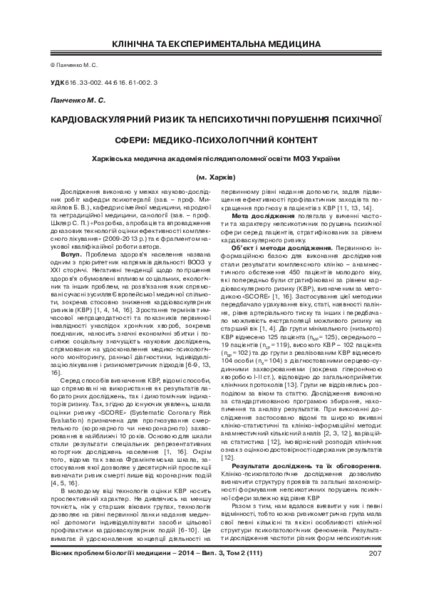