In the article are represent the basic directions of anatomical terms origin, as well as attempted to establish patterns of occurrence, and to systematize the main origins of anatomical terms. At the moment, according to "The anatomical nomenclature" adopted at the Thirteenth Congress Anatomische Gesellschaft in Sao Paulo in 1989 and published in 1998 emit about 7,500 macroscopic structures in the human body. According to their origin, terms can be divided in: I) anatomical names, reflecting the ancient ideas about the world and his unit - this group is the largest, since the formation of the majority of terms is descriptive method - the main method of learning in ancient medicine and anatomy. 1. The terms, the origin of which is associated with plants, such as canalis - (canna - bulrush) - in anatomy bone canal. 2. Enough volume is a group of terms in its origin associated with animals such as cauda equine – ponytail. 3. Large range of anatomical terms, which is based on the names of household items such as capsula (ae, f.) - from capsa - box. 4. A special group should include anatomical terms that contain words related to items of clothing, for example - fibula (ae f,) greek. - clasp, needle. 5. A group of terms related to the parts of the ancient home of person, for example - aquaeductus (aquae-ductus, ūs m ) tube with water, the su 2) the right to water - in anatomy - a channel connecting the III and IV ventricles of the brain brain. 6. Terms, the origin of which is determined by human activities in the home, for example, fissura - comes from the Latin verb findere – cleave. 7. The terms, the origin of which related to the military activities of man - xiphoideus (a, um) Anat. sword-shaped, similar to the sword. II) Mifologizm of ancient origin, and biblicisms- names comes from acient bible and myth Renaissance added to anatomical terminology words of astrology and palmistry. Examples of such terms are: atlas, atlantis - atlas, the first cervical vertebra. Name of Atlas, Greek titan who held on his shoulders the vault of heaven. Tendo Achillis (t calcaneus.) - the Achilles tendon (heel). Named by the Trojan War hero, Achilles. Mons pubis - mound of Venus - Venus in Roman mythology, the goddess of fertility at first. III) Eponymous names (eponyms) quite a large group, consisting of 2,000 terms, presently excluded from the anatomical nomenclature. This group is of crucial historical significance, reflecting the conditions in which this or that structure was opened, as well as preserving historical data about the scientist, who is a pioneer. The value of this group proves that in practical medicine eponymous still widely used. For example - Maxillary sinus (sinus maxillae) - Highmore Sinus (Nathaniel Highmore) (1613-1685) - English surgeon and anatomist. 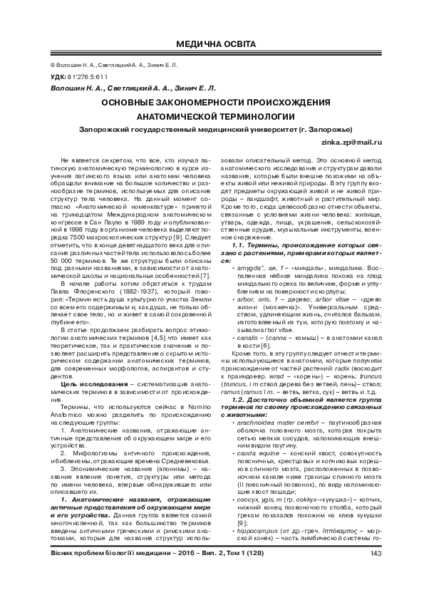