STATE OF CONTRAST SENSITIVITY IN ASTIGMATISM IN SCHOOL-AGE CHILDREN 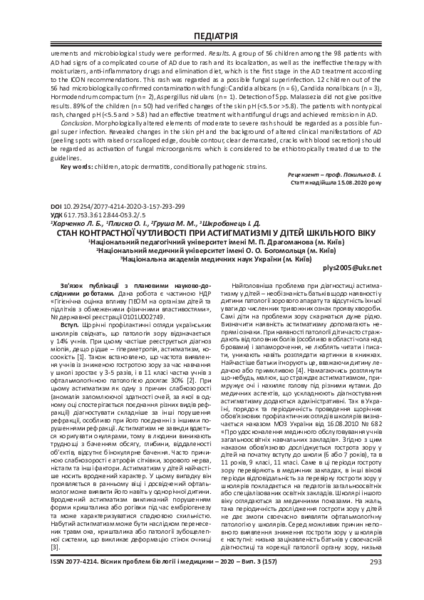